The Si identifier has been a badge of Honda bred performance since the 1980s. Infusing performance into their Civic line up, Honda used the Si models as a way to build their street credibility and diversify themselves as being more than just the “economic” choice in the new car world. Generally, the Si badge was reserved for the top-of-the-line performance model variant of the car, but in 2002, Honda deviated from their usual process, and built the 7th generation Civic Si as a completely separate model alongside the standard civic.

The 2002 Civic Si debuted with a K20A3 2.0L engine, boasting 160hp, and 133 ft Lbs of torque which scooted it to a respectable 7.6 seconds 0-60 time. Nothing shocking, but compared to the Hyundai Tiburon with its V6 and the Ford Focus SVT of the same vintage, the Si held its own. Where it excelled was its long legs through a high rev range topping out at 6800rpm. This meant the Si could outpace most of its competition. Sadly, the JDM Acura and Civic Type R’s that used a variant of the same K20 engine were churning 200hp. This meant other markets outside the USDM saw higher performance numbers; One of the major complaints of this generation Si Civic that contributed to its drop in popularity. However, where the 7th Gen Civic Si stands out is the “true to form” swapability of the mid-2000s Honda platform. Engines from the Acura RSX of the same year can be swapped in with little modification. The Honda aftermarket was also kind to the K20 engine, making the Si a great platform to build on.

The Si’s design was truly unique. It was a completely different car than its’ conventional counterparts. None of the body panels or any of the interior parts carried over from the domesticated Civic’s design, leading to a stark difference despite its shared nameplate. The interior displayed a manual shifter sticking out from the center console, in the same area that one would expect the AC controls. This unique design wasn’t the first Honda to attempt such a placement for the drivetrain select; this design is a throwback to the old two door hatchbacks, the Honda N600 and the sleek-for-it’s-time Z600. The ergonomic yet unusual position of the shifter was a quirk well received by Honda drivers of that vintage, so much so that the design lives on today in the Honda Fit/Jazz.

Nicknamed the “minivan Si” due to its short, steep front end and its hatch rear that looked like it belonged on the back of a Honda Odyssey, this Si was the least popular of all Si generations. One hint towards the minivan nickname is the uncanny design similarities to the Honda Stream found in foreign markets. Its sales numbers, when new, never passed those of its predecessor. Si variants after this generation increased performance and improved styling which re-invigorated the brand recognition of the red badge. But, its uniqueness and overlooked potential makes this car an ideal future classic.

The collectability of these cars can range from a novelty ownership to an affordable platform for a performance enthusiast. The early 2000s Si is delectable collectible for a Honda buff, with many models in good condition that tend to hover around $3.5-6K on used car listings. If you’re a JDM tuner fan, but don’t want to drive the commonplace, standard mix of Japanese street cars, the 7th Gen Si can be your underdog. 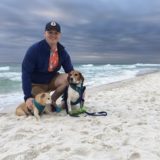 TCS Podcast Episode 6: Side effects may include…